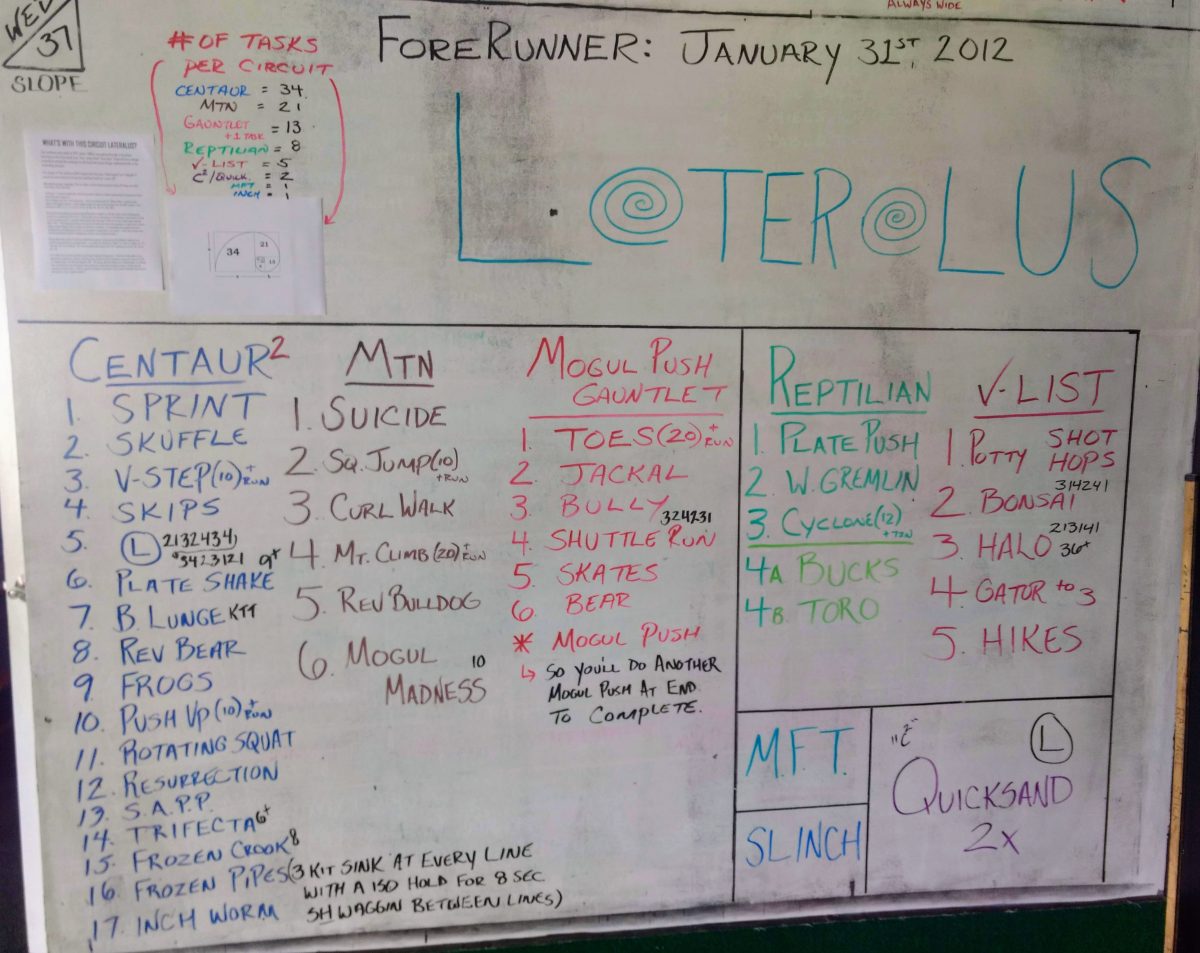 WHAT’S WITH THIS CIRCUIT LATERALUS? 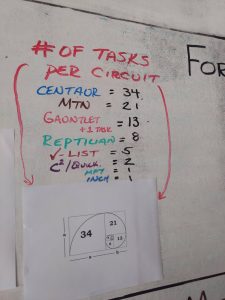 This workout was made in 2012 when I (Mike) was going through a big phase
listening to the rock band Tool. Their song titled “Lateralus” inspired me to design
a workout around the concept as the band did many things mathematically in the
recording process.

The design of the workout didn’t quite land the way I had hoped, but I thought it
would be interesting to bring the workout back for a one-off!

Read more about the song “Lateralus” in the excerpt below or scroll down to watch the video (Source: https://www.revolvermag.com/music/10-things-you-didntknow-
about-tools-lateralus)

During the writing process, bassist Justin Chancellor brought in a riff that, after some workshopping,
evolved into measures of 9, 8 and 7. “Danny saw it had a connection to the Fibonacci, so he started trying
to work in elements of it,” guitarist Adam Jones told Kerrang! in 2015 of the song, which they originally
titled “987.” “Then Maynard came in and we started telling him about the sequence. It came from trying to
relate to those things in life or nature we all have in common … It’s something that people have been
studying since the beginning of time. So we wanted to apply that to our music — that’s why we got more
into the idea behind science, metaphysics and the myth of communication.”

It’s a nifty feat of verbal symmetry, but Keenan regrets the approach. “I feel like I kinda pulled a very
pedestrian, sophomoric move by including those numbers in there because, in general, music is the Phi
[or Golden] ratio,” he told Joe Rogan in 2017. “All nature, all these things we’re talking about, it’s already
here. By pointing it out, staring at it and pointing at it with those numbers present, and the way the
numbers and lyrics are — I feel it’s good to let people know about it, but I almost feel like it was kind of a
dick joke in a way. I could do better.”